With high house prices in London, many families are deciding to move out to the home counties. However, for those who are looking to take up their slack and move into or around London, where are the most desirable areas to raise your offspring? Britannia Ryans Removals runs you through some of the best that the city has to offer… 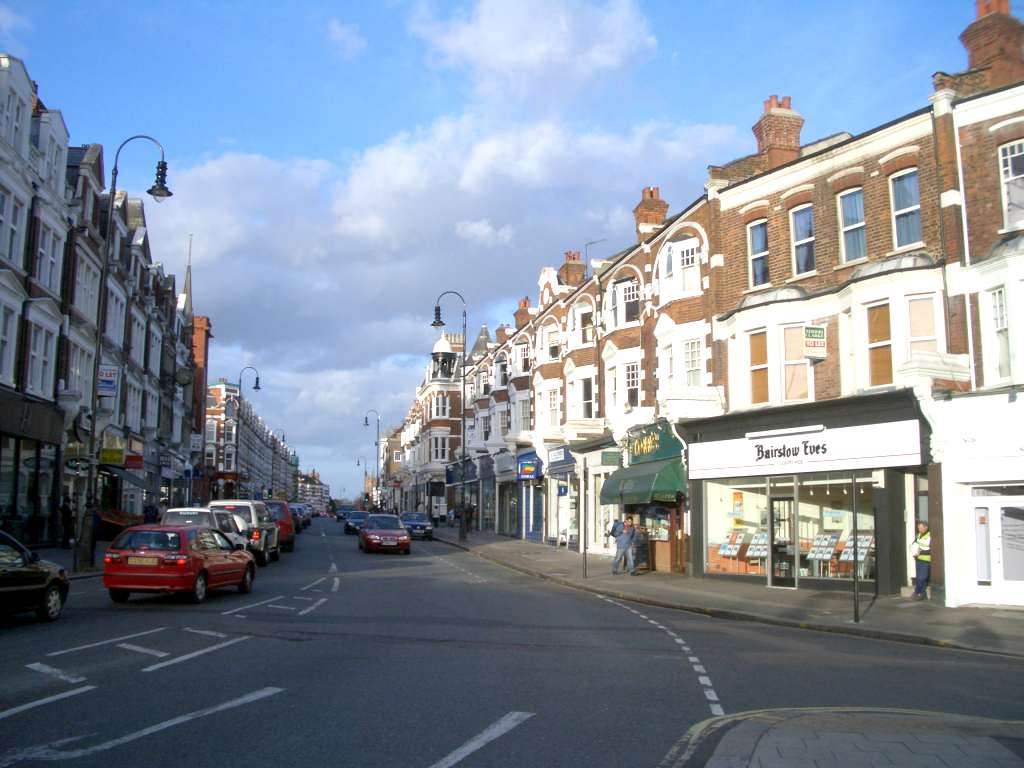 Situated in the London borough of Haringey, the suburban region known as Muswell Hill is a fantastic place to raise young children. Named after a natural spring or ‘mossy well’ that purportedly had healing properties and attracted medieval pilgrims, the area is nowadays home to many a modern pilgrim looking for a well rounded suburb with stunning views of the capital. It’s a relatively leafy place, with a number of ancient woodlands nearby.

Muswell Hill has three private schools, ten primary schools and two secondary schools – there is a synagogue and also six churches (one of which is now a pub!)

Transport links to the city centre are plentiful, with five tube stations nearby and two mainline railway stations – Alexandra Palace and Hornsey – which provide a 20 minute journey to King’s Cross. Additionally, there is a day and night bus service to the West End.

There are many restaurants, bars and cafes in Muswell Hill and also a fantastic farmer’s market each Sunday. Properties tend to be mostly Edwardian in design and are certainly not cheap, but in Muswell Hill, you definitely get what you pay for.

Second on our list is West Hampstead, which is essentially based around one historical street – West End Lane, which was previously known as the village of ‘West End’. In the 19th century, it was a hamlet and to this day, it still has a certain feeling of a village and is also slightly more affordable than the neighbouring Hampstead.

Set in North West London in the borough of Camden (Zone 2), it’s a relatively safe residential area, that is only a 15 minute train ride from the centre of the city. Mainline trains run from West Hampstead mainline station and West Hampstead Thameslink, and the tube station of West Hampstead is on the recently built Jubilee Line. In fact, during WWII, the many railways were a target for German invasion, so a lot of the area has since been rebuilt.

Nowadays, the area is regarded as being quite fashionable and is popular with young professionals and families alike. The beautiful Hampstead Heath and Regent’s Park are nearby and the shopping centre offers families everything they need in terms of retail therapy. There are many good schools in the area catering for all age groups. 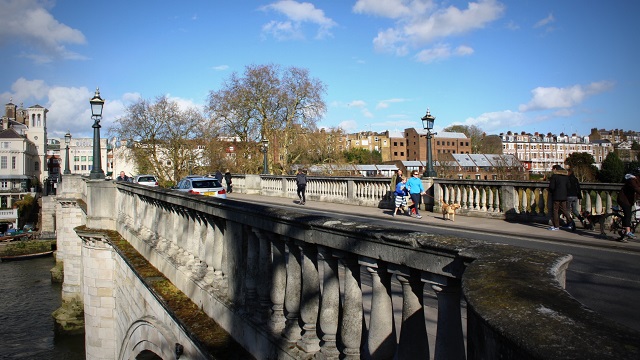 Perhaps one of the more expensive neighbourhoods on our list, Richmond is a suburban area of South West London. It is situated on a meander of the River Thames and is host to many conservation areas and parks including the beautiful Richmond Green and Richmond Park, which at 2,360 acres in size, is London’s largest royal park. Richmond Park was created by King Charles I as a popular hunting ground and even today, over 600 red and fallow deer live wild in the parkland.

The world famous Kew Gardens is also nearby and contains the planet’s largest collection of living plants. A third of the borough is open space – five time more than any other one in London, and also has the accolade of having the least amount of poverty in the city. At times, you could be forgiven for forgetting you are in an urban metropolis, with all these natural wonders abounding and it is partly for this reason that Richmond commands its high property prices.

It’s also a great place for families to shop and have a relaxing day out. Transport links to the city centre are reasonably good, with the mainline Richmond Station and also the underground District Line tube stop. However, people choosing to move to Richmond most likely value the quality of life that the surrounding environment offers, over its proximity to the city centre.

The very well regarded Kingston Hospital is situated nearby and as such, there is little that Richmond cannot offer to any new family looking to move somewhere cleaner and greener. 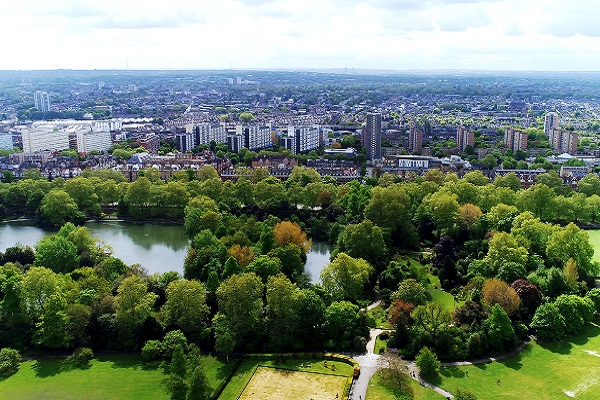 Set in the borough of Wandsworth in South West London and also known as Wandsworth Town, Wandsworth is a great area for families to rear their young. Family friendly shops can be found all along Northcote Road and Wandsworth High Street is home to the recently refurbished Southside Shopping Centre. Not too far away is the excellent Battersea Park Children’s Zoo and the Tooting Bec Lido – an art deco pool which is the largest freshwater lido in England. 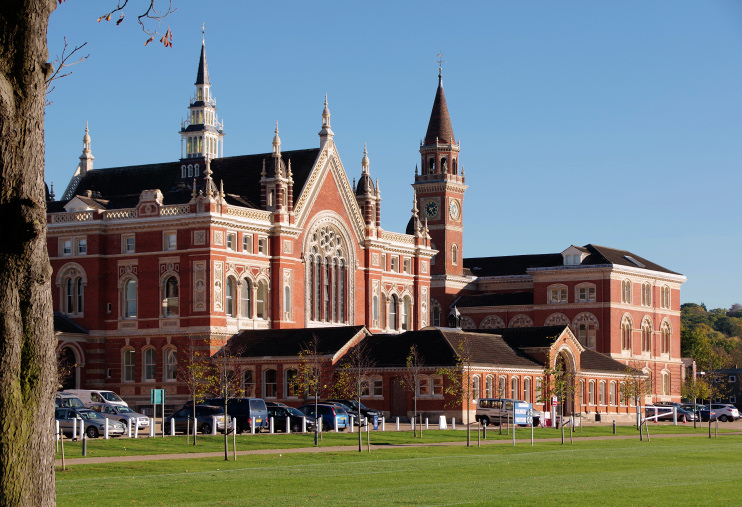 Named after a meadow where dill flowers grow, South London’s Dulwich lies mainly in the borough of Southwark, but also in the borough of Lambeth and is made up of the regions of East Dulwich, West Dulwich and Dulwich Village, which is a conservation zone. Nearby Dulwich Park is comprised of 72 acres containing a boating lake, cafe and various sports facilities. Additionally, Brockwell, Ruskin and Crystal Palace Park are all in the vicinity.

In terms of education, there are three renowned public schools including the famous and very well regarded Dulwich College, alongside many prep, secondary and primary schools.

Set in Zone 2, there are direct trains to London Blackfriars and transport to the city centre is fairly quick, with North Dulwich station being around 15 minutes from London Bridge, West Dulwich station providing a 12 minute journey to London Victoria and East Dulwich station offering a 12 minute ride to London Bridge.
Like Richmond, in Dulwich you can sometimes forget you are living city life and with the leafy streets and white picket fences, parts of it could almost be mistaken for middle America! Certain houses even have a clause written into their title deeds, forbidding the building of an underground railway beneath them and this still applies to this day! So, if you’re looking for a peaceful part of the city to bring up your young, Dulwich may be the perfect place for you to move to.

If you’re thinking of moving house either into or around London, then you may require one of our removals services or storage units. Of all the moving companies in the UK, we are the largest and most successful movers and are experts in our field, so if you would like to find out more about how we can help you move house or our self storage options, then please feel free to contact us today.

What to Look for When Viewing Property

Removal Man of The Year for 2019, Goodwins of Stafford

The Cleanest and Greenest Areas of London

Extend the Stamp Duty Holiday for an additional 6 months after 31st March 2021.

Extending the Stamp Duty Holiday for an additional 6 months will assist many buyers who are looking to move to a property that they will not be able to afford otherwise. This will help to stabilise the housing market.